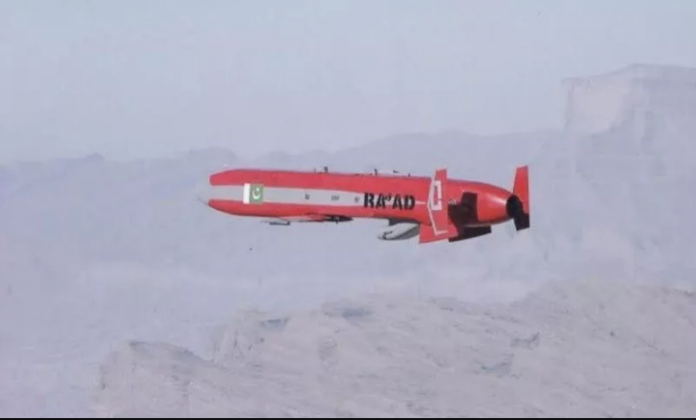 According to the ISPR press release, cruise missile Raad 2, flight test has a range of 600 kilometers successfully conducted on Tuesday which has significantly enhanced country’s deterrence abilities.

The weapon system is equipped with state-of-the-art guidance and navigation systems, ensuring engagement of targets with high precision.

Lt Gen Manj praised the technical prowess, dedication of scientists and engineers who take part with whole-heartedly to design the weapon system and made the launch a successful.

As per press release the President, Prime Minister of Pakistan, Chairman Joint Chiefs of Staff Committee and Services Chiefs have admired the Scientists and Engineers on the successful conduct of missile test.

Last month, Pakistan conducted a successful training launch of surface-to-surface ballistic missile Ghaznavi, having capability of delivering multiple types of warheads up to a range of 290 kilometres.