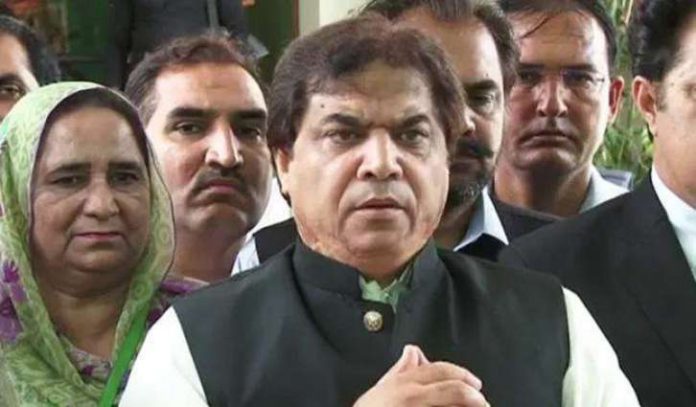 The Lahore High Court (LHC) Rawalpindi Bench orders on Wednesday that the verdict on Hanif Abbasi Ephedrine case is to be announced on July 21.

LHC Justice Abdul Rehman Lodhi, while hearing an appeal to filed by Shahid Orakzai, additionally decided that day by day procedures for the court proceedings is to take place from July 16 onwards.

Abbasi, who is from NA-60 Rawalpindi, contesting elections faces charges of embezzling 500 kg of the controlled compound ephedrine which he acquired for his Gray Pharmaceutical, in 2010.

The Anti-Narcotics Force (ANF) had filed a case against Hanif Abbasi and his assistants in June 2012 under different clauses of the CNS Act.

ANF authorities maintained that the substance was sold by Abbasi to opiates bootleggers who utilized it to make ‘party drugs’.

The case has been continuous in aVer Control of Narcotics Substances (CNS) Court in Rawalpindi. Abbasi and the other charged, including his sibling, were prosecuted in 2014 by the CNS Court.

At a prior hearing on April 20, according to a news source, Hanif Abbasi presented himself before the Judge Muhammad Akram Khan and asked for him to de-freeze his assets.

However, the ANF strongly opposed the plea and told the court that if Abbasi is acquitted in the ephedrine case, all his accounts will be de-frozen automatically, but it was not possible to de-freeze them at this stage.

Presently, Abbasi has also been accused of impeding officials of the National Accountability Bureau from arrested PML-N leader Capt (retd) Safdar after he was sentenced to jail in the Avenfield properties case.