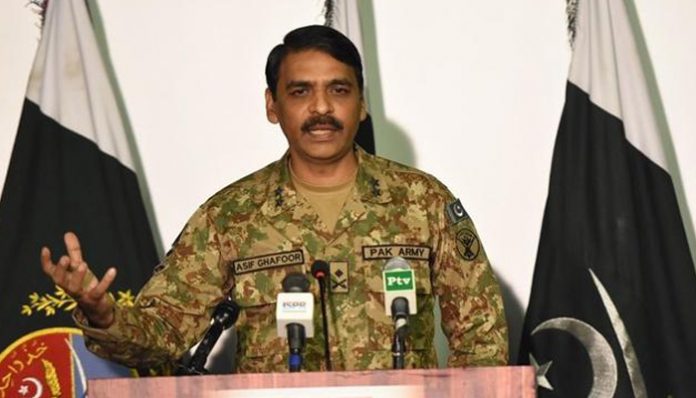 During DG ISPR press conference today, Asif Ghafoor revealed about the shooting of Indian aircrafts. He said that since Wednesday’s morning activity has been ongoing at LoC. He said that PAF engaged 6 targets across Line of Control within the airspace of Pakistan.

Briefing about that the Pakistan armed forces and PAF had no choice but to respond, Asif Ghafoor said the question was “how to respond” whether in “a similar manner as India or as a responsible country”.

He further added that Pakistan’s armed forces have capability, will, resolve and nation’s support. But because Pakistan is a responsible state and want peace, they decided first of all that they will not take any military targets.”

He said that Pakistani forces decided that there be no loss of life or collateral damage in their engaging of targets. The planes locked targets, then in open air PAF carried out strikes.