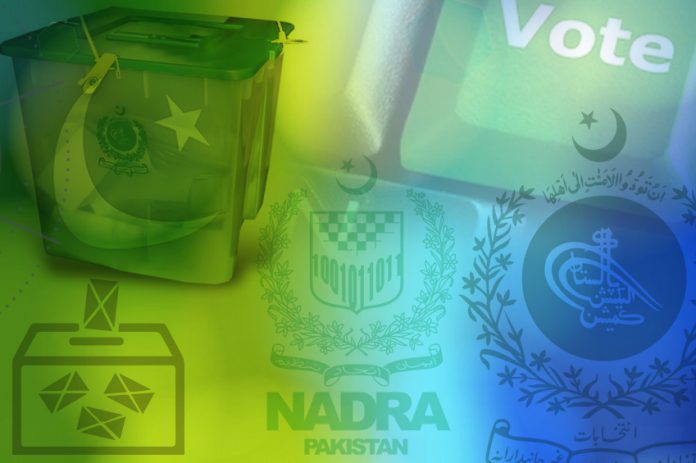 The Election Commission of Pakistan has National Database and Registration Authority (NADRA) to register overseas Pakistanis so they are able to vote in the upcoming by-polls in the country.

The directives were issued during a meeting chaired by ECP Secretary Babar Yaqoob. The meeting was also attended by NADRA officials.

A notification issued after the meeting stated that the registration process of overseas Pakistanis must be completed by September 15.

Only those Pakistanis residing abroad with a machine-readable passport (MRP) and a National Identity Card for Overseas Pakistanis (NICOP) will be eligible for registration, the ECP said.

The Foreign Office and NADRA will run awareness campaigns with the help of embassies, the ECP added.
On August 17, the Supreme Court allowed Pakistanis living abroad to vote in by-elections.

The chief justice directed the Election Commission of Pakistan to make foolproof arrangements to enable overseas Pakistanis to cast their votes in the by-polls.

CJP Nisar remarked that overseas Pakistanis would be participating in the by-election through i-voting, a system that allows voters to cast ballots from any computer connected to the internet anywhere in the world.

Further, the ECP on August 14 said pilot projects would be initiated for voting rights to overseas Pakistanis, which would not affect the results of by-elections.

The ECP said the decision on the use of i-voting would be made after several tests and pilot projects would be initiated in a limited area instead of an entire constituency.

It said the IVTF was formed on the orders of the Supreme Court of Pakistan, adding that the task force comprises officials of NADRA and the ECP’s Law and IT Wings.