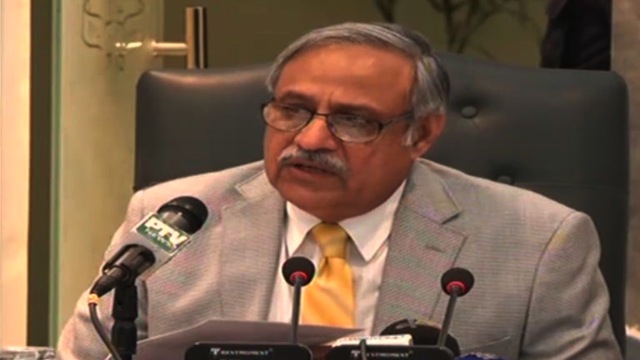 With general elections right around the corner, ECP has said that it has finished preparations. However; addressing Senate Standing Committee Chief Secretary ECP said efforts will be made to sabotage upcoming general elections.

Chief Secretary Babar Yaqoob said that international attempts at sabotaging the elections is possible in near future. He also recalled the events of assassination of a district election commissioner, who died in a bomb blast. He also reminded of the terrorist attacks in Balochistan.

The ECP Secretary said that cameras will be installed at sensitive polling spots for four days. He said the ECP had decided to install surveillance cameras at 20,000 polling stations across the country. However; more security cameras can be installed in case of emergency.

When asked of employment of armed forces at polling stations, Babar Yaqoob said that can only be decided after consultation with caretaker government.