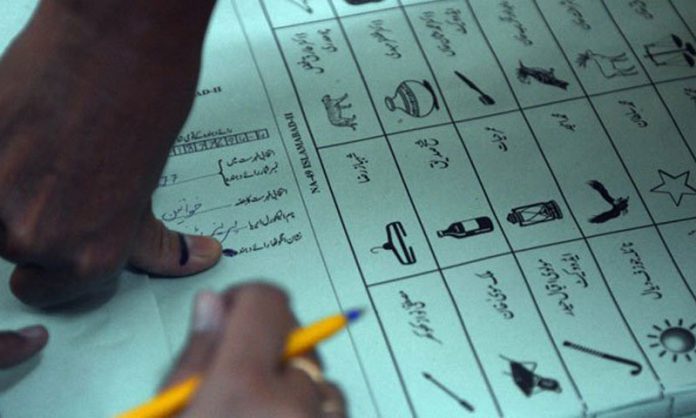 ISLAMABAD: Persons with disabilities (PWDs) will be able to vote from home through postal ballot service for election 2018.

PWDs are being given the facility to vote from their home with the introduction of postal ballot service. The election commission has extended the same facility to government officials on election duty and prisoners to exercise their right to vote in general elections 2018.

These people will be able to get the service by applying before 5th of July. The services are being provided to get maximum voters on board with the upcoming elections.

Deputy Election Commissioner Multan Shakeel Ahmad explained the process of getting the service. He stated that after receiving applications for the system, ROs will send the applicants a package. This package will contain two envelopes, postal ballots, an instruction page and declaration form.

The people who have disabilities mentioned on their CNIC can get their declaration form signed by gazette officer who will declare that the person in question is immobile.

After that the ballot paper and form will have to be put in envelopes and be sent to ROs to get their votes counted.

An ECP official has admitted that the election commission has no clue on the number of registered PWDs as voters.