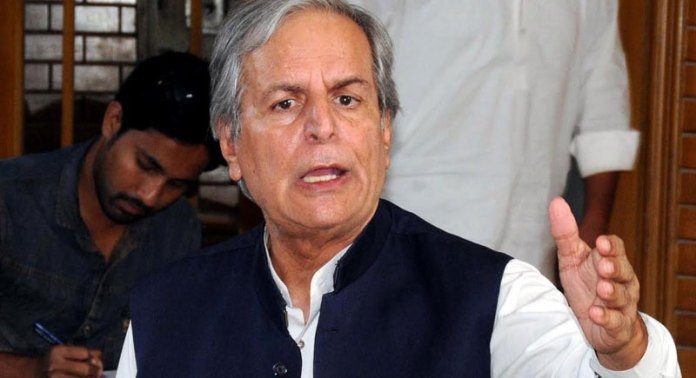 MULTAN: PML-N leader and veteran politician, Javed Hashmi has announced to not contest in upcoming elections 2018.

Javed Hashmi, the PML-N seasoned politician in a press conference announced his withdrawal from contesting elections 2018. The returning officer confirmed that the politician will not contest from NA-155 and NA-158 Multan.

The PML-N leader said he is not contesting as he was not awarded a party ticket to contest under the party banner. But he assured that he would support whoever stood from his party in those constituencies.

He said he will work for the campaign of the party and go wherever he is called for to perform his duties as a party worker.

Hashmi, who was with PML-N for around 3 decades, announced late last year to rejoin the party. He had left the party back in 2011 due to having some disagreements with the party leadership. He then joined PTI, however; had ideological differences with the party and rejoined PML-N.