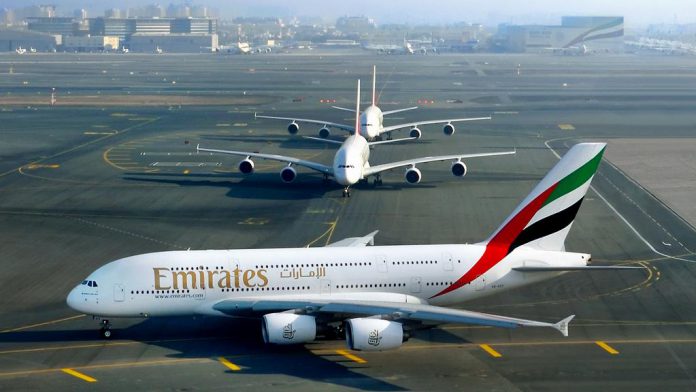 The Emirates airline has announced to cut down its flight operations in Pakistan with less than 40 flights per week.

In an official email, the Emirates airline, stated that in view of meeting global demands for its customers it has decided to change the schedule in Pakistan, which resulted in drastic cuts of flights to several major cities.

It said that the operational adjustments for 2019’ will be applicable from the second quarter.

The Emirates airline was earlier operating as many 70 flights per week from and to the major cities of the country.

The Dubai International Airport is scheduled to undergo maintenance work from April 2019 due to which the Pakistan International Airlines will now be operated from Sharjah airport or Dubai’s Al-Makhtoom Airport.