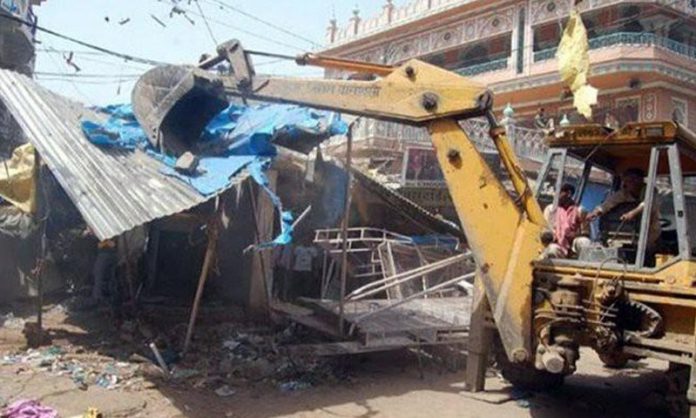 As the anti-encroachment drives continue throughout the areas of Karachi, a public university has also been facing claims of encroachment on public property.

To build the campus of the recently-built Shaheed Zulfikar Ali Bhutto University of Law (SZABUL), a nearby building of a government girls’ primary school was first put under control. Later, a car park was constructed on top of a rainwater and sewerage drain.

The pavement on the side of Main Chaudhary Khaliquzzaman Road was also encroached, which made it dangerous for residents to walk on the road. 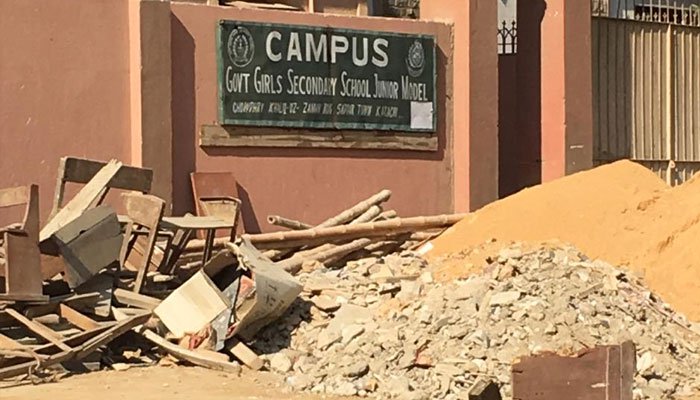 Severe which was witnessed on Khaleeq-uz-Zaman Road, but has allowed land-grabbers to do their work. However, ever since the operation, several food vendors which used to sell biryani, fish, barbecue, bub kebabs, and ‘limca’ drinks have been taken over.