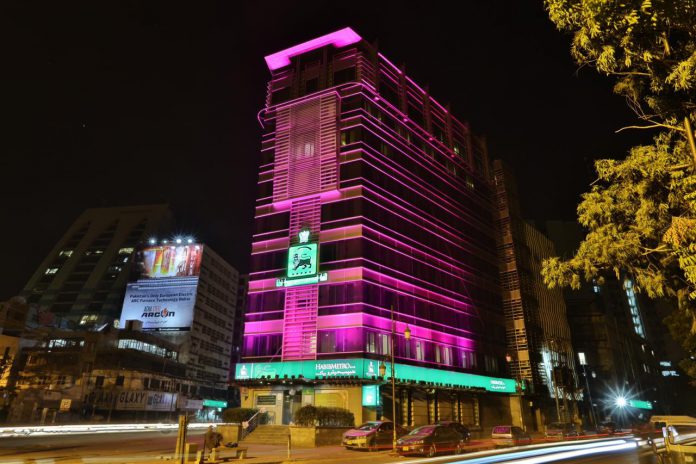 October is observed as Pinktober internationally as a Breast Cancer Awareness Month. According to the World Health Organization, it is the most common form of cancer in women and 1 in 8 women is diagnosed with it. According to various studies, Pakistan has the highest rate in Asia of the women affected by this disease as approximately 90,000 new cases are diagnosed every year, while 40,000 women succumb to it.

Lack of awareness plays a big part in escalating this crisis as there is little to no awareness of Breast Cancer in most areas, especially rural areas, of Pakistan.

To increase awareness about the disease, HABIBMETRO lit its flagship office building at the entrance of I.I.Chundrigar in pink color.

In addition to this, HABIBMETRO, is in the process of conducting nationwide physical and virtual wellness and awareness sessions for its female staff.

The Bank also celebrated a Pink Day at its head office and various branches and regional offices with staff participating wearing pink masks and ribbons.

This initiative represented the determination and hope that we all have for a Breast Cancer-free future! By being better informed and prepared, let’s stay ahead in becoming better and healthier version of ourselves. #StayAhead #BecomeABetterYou 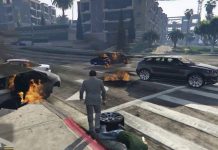 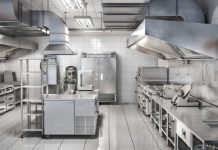 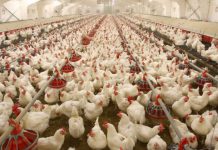 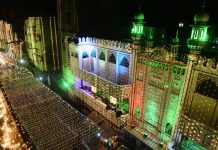 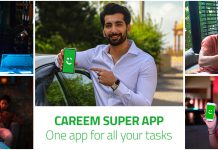