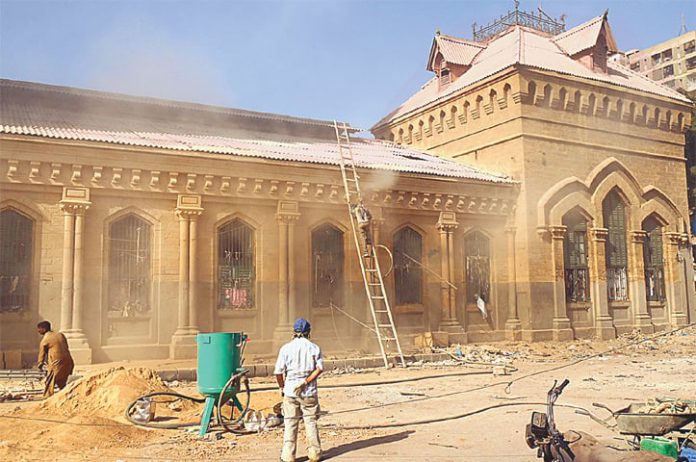 During the phone conversation, the leaders talked about the current progress of the anti-encroachment drive, which had began on the orders of the supreme court.

According to the chief minister house representative, the chief executive of the province and head of the city district government, the leaders agreed on reviving Karachi’s oldest buildings into their original status.

Therefore, Chief Minister Syed Murad Ali Shah asked Mayor Karachi to include heritage experts to supervise the renovation of the building of the Empress Market, so that it can maintain its glory.

He urged that Karachi should be beautified to the extend that foreigners from around the world will want to visit it.

On November 17, the Karachi Metropolitan Corporation (KMC) had submitted a report to the commissioner of Karachi, and praising the directives taken by the Supreme Court about the encroachments in Karachi.

According to the reports, more than 2500 shops were removed at the Empress Market and its continuation at the Daudpota Road during the anti-encroachment drive. And 480 illegal stores were demolished in Karachi’s Sohrab Goth Area. Meanwhile, 150 shops were bulldozed at Sarmad Shaheed Road.