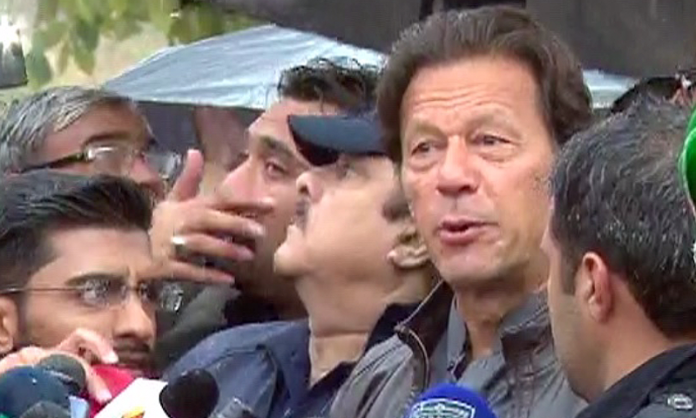 At the last hearing the Judge Shahrukh Arjumand had summoned Imran Khan in person so it can announce its verdict on his request for acquittal. When the PTI chief appeared in court today, the ATC judge Justice Shahrukh Arjumand ruled in his favour.

Khan after the court ruling said that he is happy over the court’s just decisions. In response to a question about Nawaz Sharif, Imran said former prime minister is mentally unstable and needs help.

Imran Khan also called out to PML-N’s Rana Sanaullah, Abid Sher Ali, Javed Latif, Khawaja Asif and Tallal Chaudry for their ill remarks towards women. He said that when a Khyber Pakhtunkhwa minister had made such comments he was immediately made to apologize. Imran also called Nawaz’s daughter Maryam Nawaz a false champion of women’s rights.