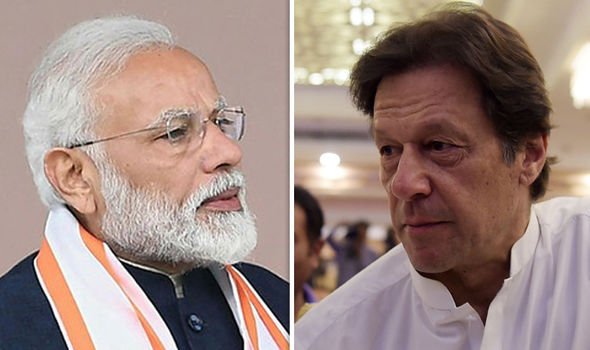 Prime Minister Imran Khan addressed the nation on Wednesday once again and invited India for talks and urged better sense should prevail.

Imran Khan addressed the nation in the wake of Pakistan Air Force (PAF) shooting down two Indian aircraft inside Pakistani airspace, the premier said, “I wanted to take you into confidence regarding the situation arising since yesterday.”

“We offered India that we are ready to cooperate with them in any kind of investigation after the Pulwama attack. I know the grief the families of those killed in Pulwama attack have been going through.”

“Pakistan has suffered casualties in the past so we offered to cooperate with India. Because terrorism is not in Pakistan’s interests,” he added. “We had said that Pakistan would be forced to respond if India carried out aggression.”

“We didn’t take action yesterday morning because we didn’t know the full extent of the damage. Otherwise, it would have been irresponsible. That’s why we waited,” he explained.

PM Imran said “Our plan from the start has been no casualties for India. The purpose was just to show India that if they can enter our space, we can too.”

“The problem is, where do we go from here? It is crucial that India uses sense,” he added.

“My question to the Indian government is that with the weapons you and we have can we afford a miscalculation? If it escalates from here where will it go? It won’t be in Modi’s or my control.”

“I once again invite you to dialogue. Let me say again that better sense should prevail. We should resolve our problems through dialogue,” he asserted.

Stating that the Pakistan armed forces and PAF had no choice but to respond, DG ISPR said the question was “how to respond” whether in “a similar manner as India or as a responsible country”.

“Pakistan’s armed forces have the capability, will resolve and nation’s support. But because we are a responsible state and want peace, we decided first of all that we won’t take any military targets.”

“Secondly, we decided that there be no loss of life or collateral damage in our engaging of targets,” Major General Ghafoor added. “Our planes locked targets, then in open air we carried out strikes,” he continued.

“We locked all targets with accuracy, and when we had an option to fire, we acted responsibly from a safe distance. We have the capability to do anything, but we don’t want escalation. We don’t want to go towards war,” he asserted.

“After PAF decided on targets, two Indian jets entered Pakistani airspace and the PAF faced them. The two planes were shot down — one fell in our space and the other on their side. Two pilots were arrested — one of them was injured and has been taken to CMH and will be given proper care. Another is in our custody,” the DG ISPR shared.

Refuting Indian media reports that a Pakistani F-16 jet was shot down, Major General Ghafoor said, “Pakistan did not use F-16 in any activity today.”

The Pakistan military spokesperson stressed, “The state, government, armed forces and people of Pakistan have always conveyed a message of peace to India. The road to peace goes through dialogue. Both countries have the capability and capacity but war is the failure of policy which India needs to understand.”

“We do not want to escalate and follow a path which leads to peace. The people of both countries and the region at large have a right to live and live in peace. War is not the solution to problems. India should think with a cool head on this offer from Pakistan.”

“Today’s action was in self-defence, we don’t want to claim any victory. There are no victors in war. I request media to report objectively, responsibly, to go towards peace. Our message is for peace,” he further said. “Starting a war is easy, but where it ends, nobody knows.”

Calling on the international community to play its role, DG ISPR said, “Pakistan is sending a message of peace and they should also come forward and see how the environment between India and Pakistan are a threat to peace and development not only to the two countries but the region and beyond.”

Major General Ghafoor added, “Pakistan’s response is not a retaliation per se, but a demonstration of our capability, responsibility and will. It is now up to India whether they go towards peace, which is a requirement of the region. But if forced, we will respond.”

In response to a question, Major General Ghafoor said, “Pakistan is not pushing for war. We engaged our targets in the open air, we deliberately avoided escalation. We could easily have taken the original targets, but we did not do that.”

Regarding the airspace being closed, the DG ISPR said, “It has been closed due to the environment.”

The Indian Ministry of External Affairs (MEA) said a MiG 21 was shot down and its pilot is missing.

Addressing a press conference, a spokesperson for the Indian MEA said, “We, unfortunately, lost one MiG-21 in this engagement and an Indian pilot is missing in action. Pakistan claims the pilot is in their custody, however, we are ascertaining the facts.”

“In the aerial engagement, a Pakistan fighter aircraft was shot down by a MiG-21 Bison. The aircraft was seen by ground forces falling on the Pakistan side,” he added.

All flight operations in Pakistan suspended till Thursday midnight

All flight operations in Pakistan will remain suspended till Thursday midnight, the Civil Aviation Authority said in a notification on Wednesday.

The authority, in a notification, announced it has officially closed its airspace till tomorrow midnight, in the wake of escalating border tensions between Pakistan and India.

The Civil Aviation Authority (CAA) tweeted a few hours later that the Pakistani airspace had been closed until further notice.

India has shut at least four airports after the incident, according to Reuters. Flight operations at Srinagar, Jammu, Pathankot and Leh airports have been suspended. Airports in Chandigarh and Amritsar have also been closed, Reuters added.

The Foreign Office in a statement stated, “Pakistan Air Force (PAF) conducted strikes across Line of Control (LoC) from within Pakistani airspace.”

“This was not retaliation to continued Indian belligerence. Pakistan has, therefore, taken strikes at the non-military target, avoiding human loss and collateral damage,” the FO statement read.

“Sole purpose being to demonstrate our right, will and capability for self-defence. We have no intention of escalation, but are fully prepared to do so if forced into that paradigm,” it added. “That is why we undertook the action with a clear warning and in broad daylight.”

The FO further said, “For the last few years, India has been trying to establish what they call “a new normal” a thinly veiled term for doing acts of aggression at whatever pretext they wish on a given day. If India is striking at so-called terrorist backers without a shred of evidence, we also retain reciprocal rights to retaliate against elements that enjoy Indian patronage while carrying out acts of terror in Pakistan. We do not wish to go to that route and wish that India gives peace a chance and to resolve issues like a mature democratic nation.”

On Tuesday, Indian military aircraft violated the LoC as they “intruded” from the Muzaffarabad sector and were forced to return owing to the timely response of the Pakistan Air Force.

The incursion into the Pakistani air space followed a series of threats by Indian political and military leadership following the attack on an Indian Army convoy at Pulwama by local youth, in reaction to the oppression unleashed by the occupational forces.