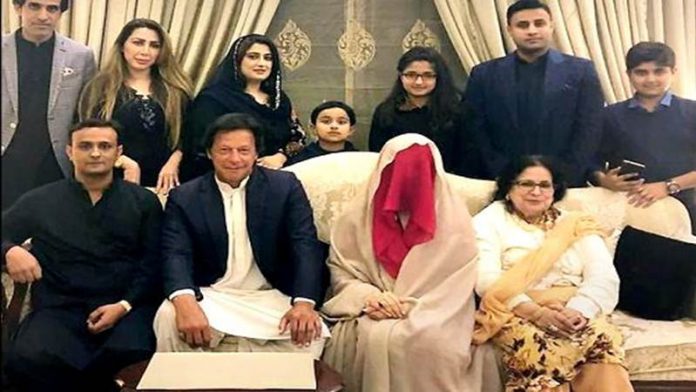 Rumors of Imran Khan and his third wife Bushra have been denied by Imran himself. He denied such claims of differences and added they are together till death do them apart.

There were rumors surrounding Bani Gala of differences between Imran Khan and his third wife Bushra Maneka. Rumors surfaced after it was known that Bushra had left Bani Gala and went to her paternal home. There was no proof of the differences except for speculations on why it could have been possible.

Some sources were that they had differences over Imran’s dogs, others said it was due to relatives staying over at Bani Gala for too long. There was no proof whatsoever but everyone was talking about it, so news sources reached out to Imran Khan for a statement. In the statement to a news source Imran Khan denied all rumors and said that he and his wife are going to be together forever.

He added that such rumors are spread by his rivals PML-N group’s people, that they always take such underhanded tactics to dirty his name. He said they spread such rumors to gain political benefits.