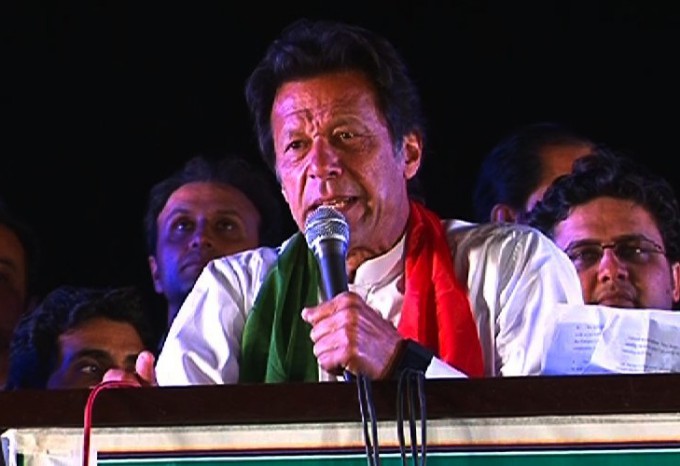 Mardan: Addressing PTI’s political rally in Mardan, PTI chairman Imran Khan invites public to the Minar-i-Pakistan Rally that is going to happen at 29th April. The rally is going to be one of the biggest in history, according to Pakistan Tehreek-e-Insaaf Chief Imran.

Addressing the crowd of Mardan in the rally he said that PTI held the 126 day sit-ins in the capital city of Pakistan which are the biggest in the democratic history of the world. He said the sit-ins had worked to create awareness of people’s political rights.

He said that the recent attack on residence of the justice is done by those who have plundered the country since they have come to power. He added that this is the first time in the history that those in power have been held accountable for their actions. While mentioning the efforts of Wajid Zia head of the JIT that probed into the Sharif family’s assets, he said that he should not be pressurized as the whole nation is backing him.

During the address PTI Chief said that the KPK government has developed the most in the recent years and it has improved the healthcare, educational and police force the most amongst the four provinces of the country. He also mentioned the success of the tree-plantation program in KPK to make it greener than the rest of the country.

While mentioning the governance of Pervez Khan Khattak he said that he has the most reduced protocol of the four Chief Ministers. He has done much for the people of the KPK and its situation. He added that KPK FATA merger will bring about development in the tribal regions.