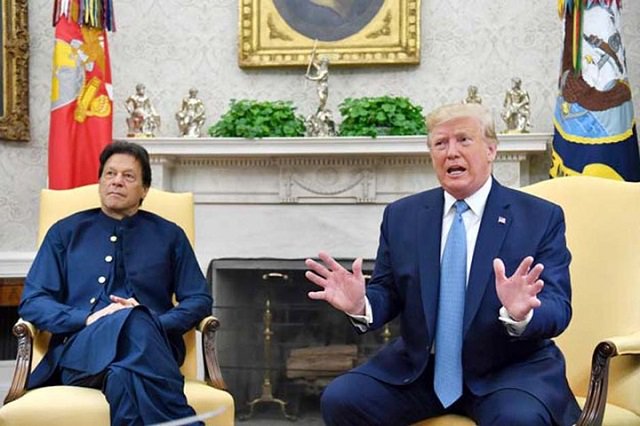 During the Imran Khan visit to USA, Donald Trump offers to mediate the Kashmir issue. However, India and Pakistan have a conflict on Kashmir since several decades.

A huge number of Pakistanis gathered outside the White House. US President Donald Trump held a one on one meeting with PM Imran Khan where Trump offered to resolve the Kashmir crisis between Pakistan and India.

Donald Trump said that he will say that they’ve a good relationship with India and he knows that Pakistan’s relationship was strained a little bit. He further added that if he can help, he will love to be a mediator.

On the other side, PM Imran Khan said that USA is the most powerful country and can play a crucial role to bring peace in the subcontinent region. He further added that over a billion people are held hostage to the situation in Kashmir and he believes that President Donald Trump can bring both countries together.