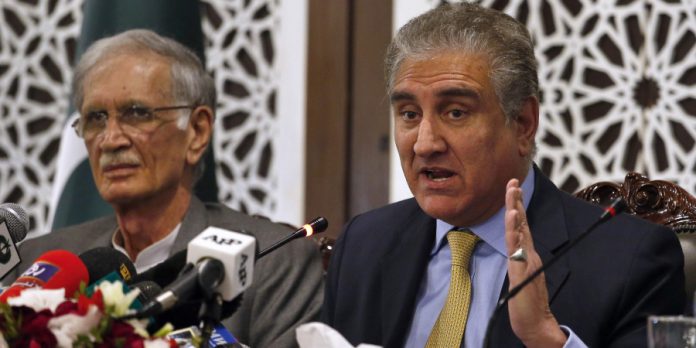 He was briefing the joint sitting of the parliament called in the wake of a confrontation with India.

The session which began on Friday would continue today. Speaker Assad Qaiser is presiding over the session.

The minister said OIC meeting is taking place today in Abu Dhabi, adding that he had requested the UAE to review the decision to invite India to the OIC.

“I requested UAE to either postpone the meeting, or the body should review its decision to invite India,” he said.

“India is neither a member nor an observer,” the minister said.

The minister said the UAE, which always stood by Pakistan in difficult times, informed him that the invitation to India was extended before the Pulwama attack took place.

The foreign minister also briefed the house about his contacts with UN Secretary-General, Turkish, Russian and diplomats from other countries.

The PPP leader opposed the decision to boycott the meeting, saying Islamabad can send Foreign Secretary to the meeting.

“Not going is not the solution to a problem. We should not forget our friends,” said the PPP co-chairman.

He, however, fully supported the government’s decision to release captured Indian pilot.

Zardari said it would improve Pakistan’s image in the world.

He also paid tribute to the Pakistani pilot who downed the Indian aircraft earlier this week.