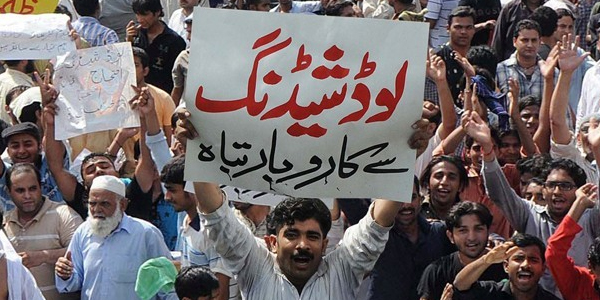 KARACHI: Main road in Karachi was blocked by religious party Jamat-e-Islami in protest over load shedding and water shortage.

Jamat-e-Islami had blocked Malir-15 road over water shortage and prolonged power cuts. However party denies claims of blocking road saying that its a peaceful protest and we have not blocked any roads. The party’s Karachi chief Hafiz Naeemur Rehman said that they are not causing any inconvenience to the public.

The JI Chief Sirajul Haq had called upon the people to respond to the strike call. However; people at the protest venue said load-shedding and water shortage issues must be resolved but they were against a strike, saying that a strike will not resolve the issue but obstruct public.

Most areas of the city have experienced prolonged power cuts as a dispute emerged between the SSGC and K-electric in the city. As a result of the power cuts water also ran short. Different political parties including Sindh’s ruling party, PPP have protested the power and water crises.