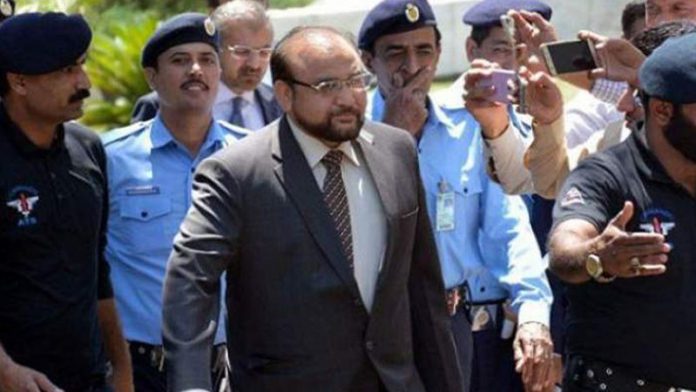 JIT head, Wajid Zia, who spearheaded the probe into corruption cases against Sharif Family, has continued recording his statement today. The statement is in regard with the Al Azizia Reference. Wajid Zia has already testified in the Avenfield Reference before. The former Prime Minister Nawaz Sharif arrived in court for hearing of the case. The former premier flew from Lahore to Islamabad to present himself in the court for the hearing.

Wajid Zia, who lead the Panama case Joint Investigation Team (JIT) that investigated the Sharif family’s assets last year, started recording his statement on Thursday. In the last hearing of the Al Azizia Reference, Zia had told the judges about his appointment as the JIT’s head and the Supreme Court orders in regards to the investigation.

Wajid Zia told the court that the JIT was assigned to look into the ownership of Sharif Family’s assets. He added that the JIT had sent mutual legal assistance (MLA) requests to UAE and Saudi Arabia regarding this case. However; Saudi Arabia did not respond to any MLA requests sent to them by the JIT.

During the court hearing of the reference, Nawaz Sharif’s counsel, Khawaja Haris and prosecution counsel exchanged heated words. The harsh words were exchanged in response to defense counsel’s continuous questioning.

On the last hearing of the Avenfield Reference, Accountability court Judge, Mohammad Bashir had said that the verdict of all three cases will be given altogether.