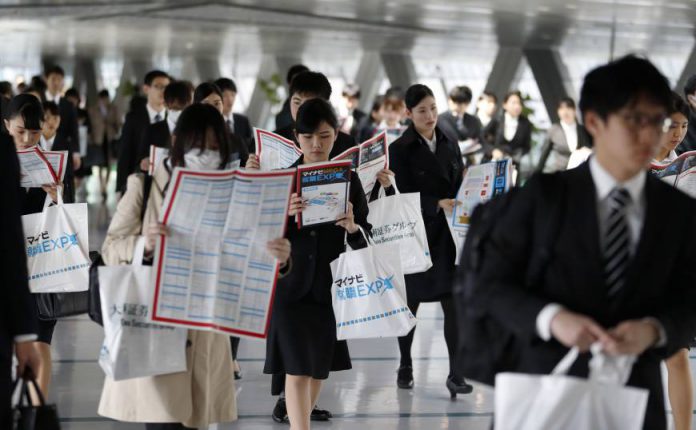 The Japanese Embassy has said that they are exploring ways to import skilled workforce from Pakistan for Jobs in Japan.

Yuji Tokita, the head of the Economic and Development Section at the Embassy of Japan in Islamabad made these remarks on Monday.

He said that in the wake of a severe labour crisis, the Japanese government has decided to offer jobs in Japan for the people with expertise and skills to work in their country.

“The government had to amend the ‘Immigration Control Act’ to allow foreign human resources residing in Japan,” he said, adding that the government has also created a new ‘Status of Residence’ for skilled workers which came into effect from last month.

Mr Yuji said that Japan aims to export 340,000 foreign skilled workers in the next five years.

“Stakeholders show interest in opportunities for Pakistani people to work in Japan and I have talked with the ministry of foreign affairs and economic affairs division besides stakeholders like the ministry of education and National Vocational and Technical Education Commission.”

According to the ambassador, the Japanese government has already signed memorandums with the Philippines, Cambodia, Mongolia, Myanmar, Vietnam and Nepal besides Pakistan.

He reflected that besides the skilled worker program, an intern training program was also being launched which would develop a direct link between the private companies of the two countries.

Mr Tokita said that all the foreign skilled workers will undergo an examination in their respective fields before signing an employment contract.

The workers would be allowed a five-year stay in Japan and they can not bring their families along with them, the official added.