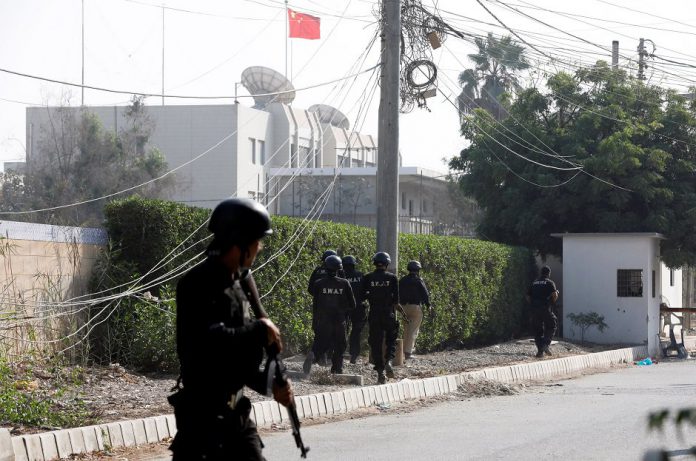 Police and security officials said they have completed the Chinese consulate attack investigation.

“Police has traced the facilitators of the attackers as well as determined where they came from,” sources said. “Information regarding who provided the attackers with a car has also been found,” sources added.

“The details will be shared with the nation today as Additional IG Karachi Amir Sheikh will address a press conference,” the sources further said.

Two policemen, ASI Ashraf Dawood and Constable Amir, were martyred in the operation to foil the attack. Two civilians, a father and a son who had come from Quetta for visas, were also killed.