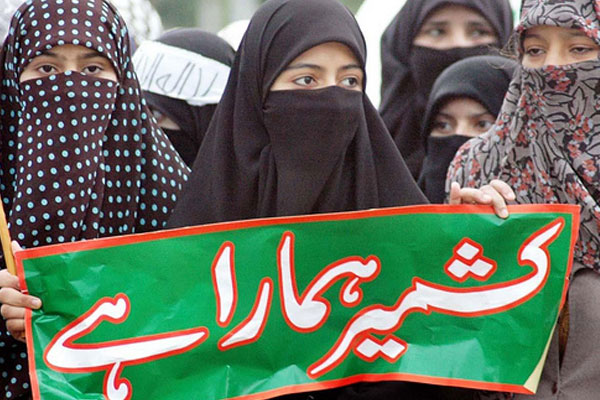 Lahore: Pakistan observes Kashmir Solidarity day today against the ongoing Tyranny of Indian Army today. The whole nation of Pakistan is mourning for the loss of lives in various cities of Indian Occupied Kashmir. 15 people have been killed in name of search operation by Indian army in just the past week, while more than 100 have been injured by bullets and pellets. Indian Army has oppressed and massacred Kashmiri citizens for a very long time now.

Different political parties in Pakistan have arranged various protests in favor of Kashmiri brethren. JUI has taken the roads of Islamabad for this purpose while in Lahore PTI and different organizations are arranging rallies for this purpose. In Peshawar various social and political organizations are going out to record their protest against the tyranny of the Indian Army. Other organizations are also going to arrange protests against the Indian Army’s massacre in Indian Occupied Kashmir in various cities through out the country of Pakistan. Pakistan has always favored Kashmir and considers it a part of its own, while Kashmir is constantly being harassed by the actions of the Indian army took over whats now referred to as Indian Occupied Kashmir.