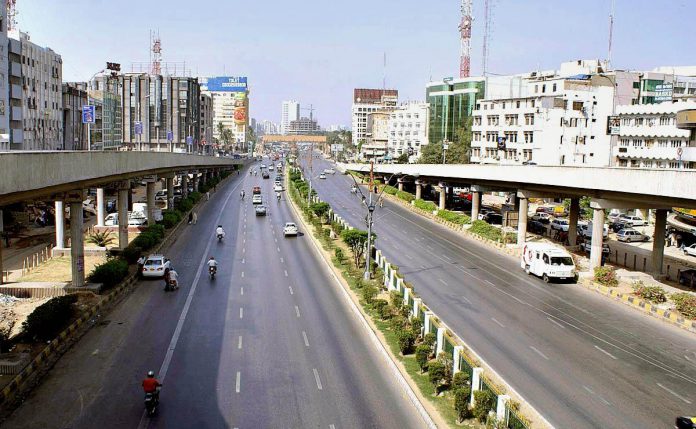 Karachi Metropolitan Corporation or KMC started to develop the track for motorcyclists along Shahrah e Faisal.

Mayor Wasim Akhtar revealed that KMC started working on motorbike track along Shahrah e Faisal. He was addressing media and said that the motorbike track along Shahrah e Faisal will be from Malir Halt to the Metropole Hotel in Saddar. KMC anti-encroachment department already removed encroachments on both tracks of the road in an operation in this regard.

Mayor Wasim Akhtar said that it is the first time that the separate tracks for motorcyclists will be develop along the main corridor of the city. It will also ensure that motorcyclists wearing safety helmets while driving bike. However, no one will be allowed to enter on this track without helmet.

Wasim Akhtar said that it is the model project and other major corridors will be also developed. He said that the motorbike track along Shahrah e Faisal will be completed within 30 days.

Shahrah e Faisal is one of the busiest in the city, also connects it with the airport.