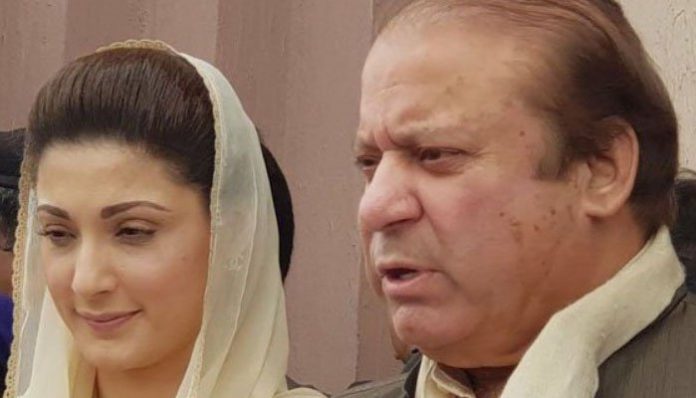 ISLAMABAD: Last Witness is going to record his statement in the Accountability Court today in the Avenfield Case against Nawaz Sharif and Family.

Nawaz Sharif, Maryam Nawaz and Captain (retd) Safdar will be present in the court today for the Avenfield Reference. The case is related to the flats owned by former Prime Minister Nawaz Sharif.

Judge Mohammad Bashir is hearing the Avenfield case where the last witness, a NAB Official, is going to record his statement today.

At the last hearing which was on 24th April 2018, prosecution witness, Zahir Shah was cross examined by Maryam’s Counsel. Zahir Shah, NAB’s DG Operations, was recently added as a witness after NAB’s plea in court to add new witness. Zahir Shah had received evidence related to the case that he had acquired from UK government.

Today the last witness of the case, NAB’s Investigation Officer, Imran Dogar, will record his statement.

Details of the Avenfield Reference

According to several reports, four flats were purchased by Nielsen and Nescoll companies. Hussain Nawaz was later found out to have had ownership of it, he had admitted it himself in a statement.

Later in hearings of the London Flat Case it was found out that Nawaz Sharif was the true owner of these flats.