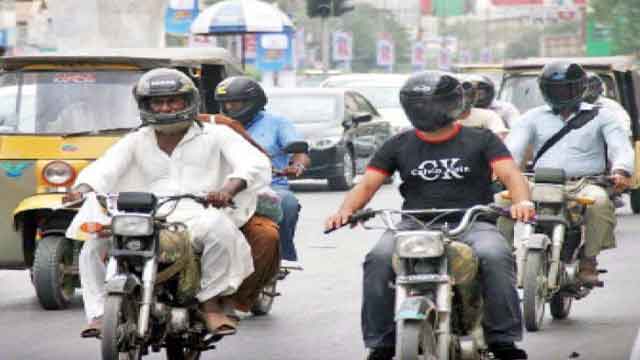 Lahore High Court (LHC) directed the police to enforce helmet use in Punjab for motorcyclists.

The helmet use in Punjab will be implemented by provincial police on the orders of LHC. The court issued order on the plea filed by lawyer who highlighted the issue. However, he revealed that according to World Health Organisation or WHO, 25.3 deaths per 100,000 occurred because of road accidents in Pakistan. However, it is much higher than many countries.

The petitioner also asked the LHC to order the police to implement the traffic laws in Punjab. He emphasized on the helmet use in Punjab and asked the government to fix prices of helmets.

Justice Ali Akbar Qureshi then ordered IGP Punjab to strictly maintain the use of helmets by motorcyclists. However, it should be without any discrimination and a compliance report should be submitted within a week.