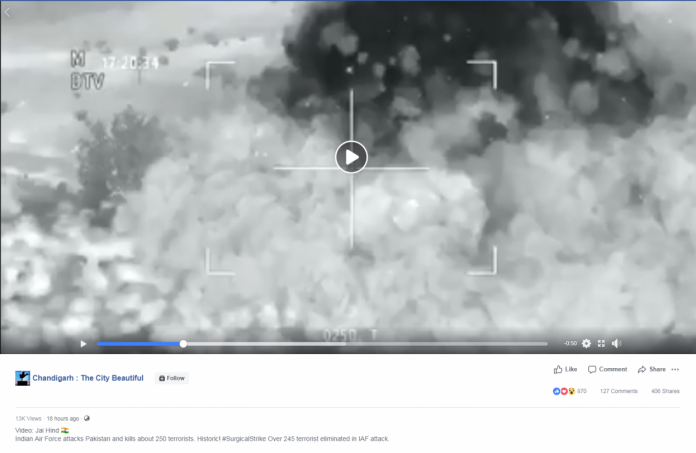 A video that is going viral on the social media about Indian warplanes is taken form the video game.

Video of Indian aircrafts claiming airstrike in Pakistan is fake and taken from the video game Arma 2. The Facebook post gone viral as it claimed that IAF attacked Pakistan and killed about 250 terrorists. The hashtag #SurgicalStrike was also used in the post.

The Facebook post contained black and white footage filmed through a target scope which shows people running from a building before it is hit by a rocket and explodes.

Here is a screenshot of the footage that is utilized in the misleading post (left) alongside the original footage (right) from Arma 2.

However, the original footage was uploaded to a YouTube gaming channel called Double Doppler on July 9, 2015 with a title: ‘Really Short Engagement (ft. Taliban) – Apache Gunner FLIR Cam #6 – Arma 2’. You can see it below: