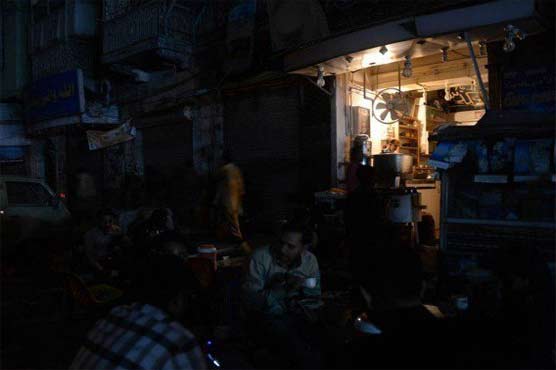 On Thursday morning, large areas of the metropolis was plunged into darkness after a major power breakdown affected K-Electric’s (KE) distribution system.

According to the reports, power supply in many areas around Karachi was suspended at 6 am.

Supply in City as Per Routine: K-Electric

Apart from them, other areas which also got affected include Tariq Bin Ziad Colony, parts of Clifton, Gulberg, Akhtar Colony, Kashmir Colony, and Mehmoodabad.

To update the citizens and authorities on the current situation of fixation, K-Electric Pakistan took the progress to their Twitter account:

Karachi is experiencing disruption in power supply due to tripping in the EHT Network.
Supply from National Grid to the city is off.
Restoration work is underway.
We will keep you posted on further updates.

K-Electric further updated about the progress:

Power Supply Update:
Restoration process is underway in different parts of the city as supply from National grid is partially restored. Parts of Gulshan, Fed-B area, Liaquatabad and Korangi have been energised. Work is progressing swiftly on the remaining affected areas.

In addition to today, this has been the third outage in Karachi in just three days. The residents of Karachi expressed their frustration at the frequent outages on social media as well. From the looks of it, no one is happy about the current situation.

Power Breakdown in Karachi: Electricity restored in most areas, K-Electric

7.31am: According to K-Electric, Karachi is experiencing disruption in power supply due to a tripping in the Extra High Tension (EHT) Network. Supply from the National Grid to the city is off. Restoration work is under progress.

According to the biggest and only power supplier of Karachi, increased humidity was the cause of the tripping of the EHT Network.

8.43am: The supply company said, “Supply from the National Grid partially restored. Power supply restored to parts of the city, including Gulshan and Federal B. Area.”

10.06am: K-Electric revealed that electricity has been restored at the airport, Dhabeji, and Gharo pumping stations of the Water Board. As well as along with Civil Hospital, the Sindh Assembly, Jinnah Hospital, and Governor House.

In addition, the power has also returned to Gulshan-e-Maymar, Jacob Line, North Karachi and Gulistan-e-Jauhar.

K-Electric reassured that work is progressing smoothly on areas that are still facing blackouts.