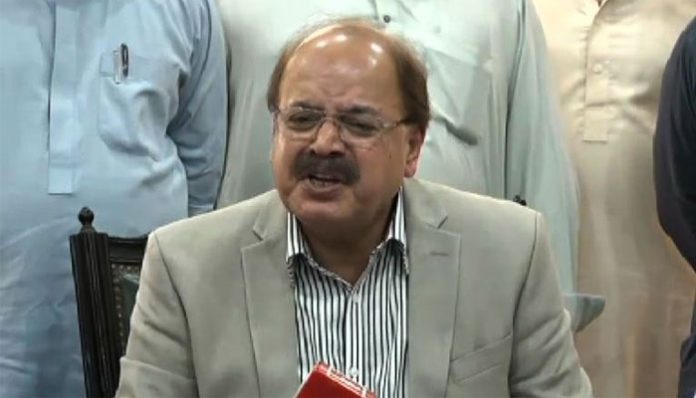 PPP leader Manzoor Wasan has predicted that Prime Minister Imran Khan will leave his post as some forces in the country want a technocrat government.

Speaking to reporters outside the Sindh High Court on Friday, Manzoor Wasan said there was a conspiracy to break the country which was being carried out through Prime Minister Imran Khan.

The PPP leader predicted that Imran Khan was being controlled by the International Monetary Fund (IMF) and problems for the prime minister would increase after Eid-ul-Fitr.

Manzoor Wasan went on to predict that Nawaz Sharif would not contest the elections, rather it would be his daughter Maryam Nawaz who would run. He also added that Nawaz Sharif could get relief from courts in the next few months.

Speaking on his case, Wasan said he had taken the Iqama in 2012 filled it in the form in 2013 and ended it in 2015. Wasan further said no transaction had taken place on the Iqama and he could not contest the election.

Manzoor Wasan said he was not afraid of accountability and called on the government to ensure Pervez Musharraf’s return.