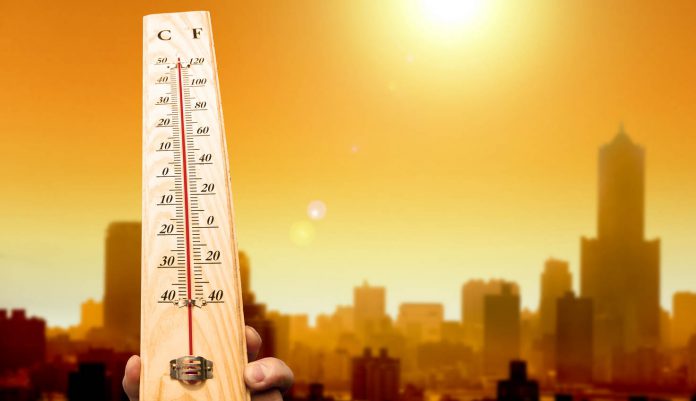 KARACHI: After an intense heatwave has broken its grip on the city, Met Department has said that temperature in Karachi will remain moderate till 9th of June.

Temperature in Karachi this week reached a peak 45 Celsius, as a heatwave engulfed the whole country. However; after Thursday the temperature started to lower and right now is hovering around 35 Celsius.

The lowest temperature noted on Friday was 27 Celsius at night as cool sea breeze was blowing in. The temperature in Karachi is to remain in the 35 Celsius till 9th of June, said Met department.

Earlier on this week and the week before that Karachi was baking at a temperature of 40 to 44 Celsius. Heat stroke warnings were on rise as special wards and camps were set up in the city.

Rangers has also setup three heatstroke camps in the city due to the sweltering hot weather in Karachi.

Pakistan Meteorological Department has said that the heatwave has broken its grip on the City. But in case another heatwave is on the way, PMD will notify the city three days ahead.

The PMD has forecast hot and moist weather today, on Saturday.

The temperature in cities of Punjab, However; is still above the 40 Celsius mark, with Lahore baking at a 43-45 Celsius this week. Hot and dry weather is to prevail throughout the city for further few days till monsoon rains.

On top of the fierce heat, Lahore is also facing intense load shedding and power fluctuation due to load on the tension wires. Earlier on, Lahore Electric Supply Corporation had said their generators are making enough electricity to power the city, however; the load is too much to bear for the high tension wires due to the hot temperature.