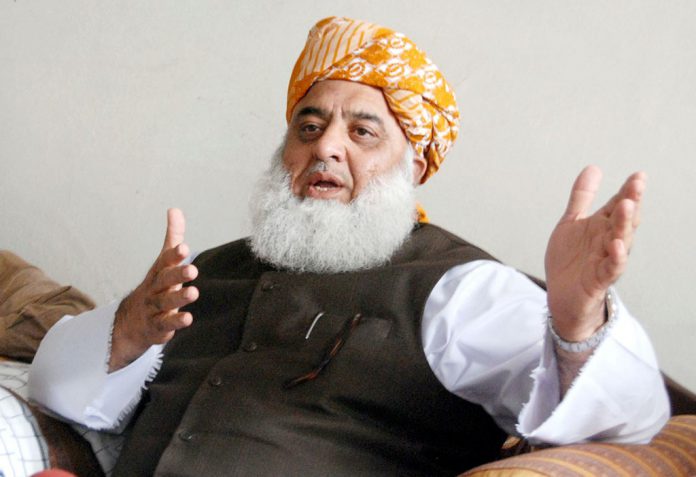 Pakistan Tehreek-e-Insaf demanded the investigation about the allotment of land to Molana Fazal-ur-Rehman that was reserved for families of martyrs. PTI’s leader Shafqat Mehmood raised his concern during a press conference in Islamabad.

He further said that Fazal-ur-Rehman transferred the land of about 600 acres to his name assigned to martyr’s families during Musharraf’s tenure.  He also said that he transferred the same area of land (600 acres) to Akram Durrani.

In response, NAB released a statement after the remarks of senior PTI leader. They said that the investigation is under process and we will take strict action against the involved people.