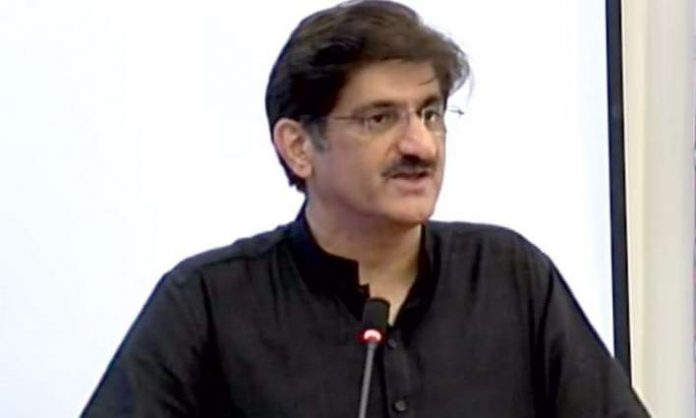 KARACHI: Chief Minister Sindh Syed Murad Ali Shah’s visited the city without any protocol to inspect on the ongoing projects at different locations. The Chief Minister’s visit surprised everyone as he was seen having “Chai Paratha” at a local tea restaurant and was also taking selfies with the local people.

Chief Minister Sindh Murad Ali Shah visited Karachi without any VIP protocol for reviewing development works. He was also accompanied by other government officials including the Minister of Municipality Jam Khan Shoro.

Murad Ali Shah first visited the Gizri Boulevard Bridge, where the officials gave him report of the ongoing development work. The CM got angered on the contractors due to the slow progress of the work, saying that the Sub-Marine roundabout underpass has to be inaugurated by 15th of May at any cost, so delays cannot be tolerated. Afterwards the Chief Minister Sindh visited the Cant. station local tea restaurant and had “Chai Paratha”. On this occasion, citizens were seen taking selfies with the CM Sindh.