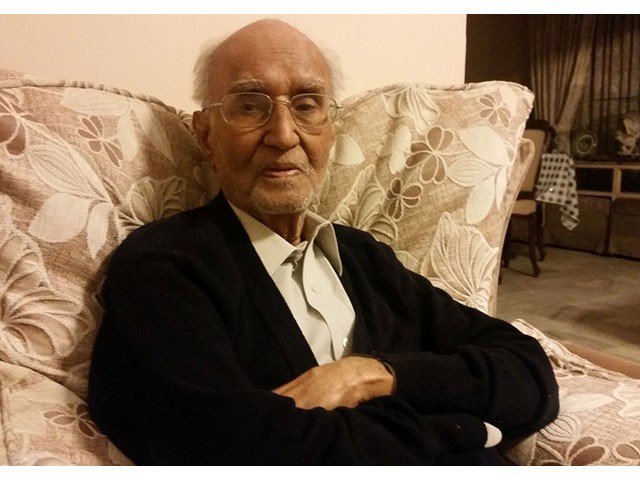 KARACHI: Mushtaq Ahmad Yousufi, who was one of the most celebrated humorist and satirist, was buried today in Karachi.

Mushtaq Ahmad Yousufi was suffering from pneumonia for a long time. He passed away yesterday, Wednesday, in a local hospital where he was being treated for his condition. He was 94 years old at the time of his death.

For his contributions to Urdu literature, the government of Pakistan awarded upon him with Sitara-i-Imtiaz and Hilal-i-Imtiaz.

Yousufi was born in then United India’s district Tonk in August 4, 1923. He migrated to Pakistan in 1956 after which he became a career banker.

The satirist was widely appreciated and admired in the literary circles of the country. Many celebrities, writers and people who admired his work went to social media to express their grief of his loss.