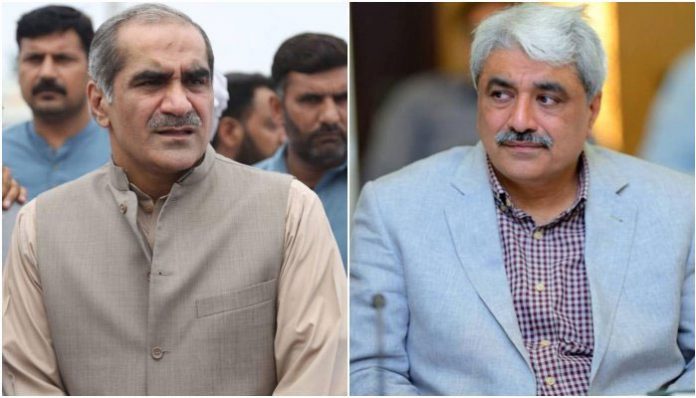 NAB detains Khawaja Saad Rafique and his brother Salman Rafique due to their connection to the Paragon Housing Society scam on Tuesday.

NAB detains Khawaja Saad Rafique and his brother after the Lahore High Court (LHC) rejected their request for an extension in their pre-arrest bail in the case pertaining to the housing society scam.

A two-judge bench headed by Justice Tariq Abbasi heard the petition of the brothers seeking an extension in their pre-arrest bail. Initially, the court extended their bail till December 13, however, the bench later rejected their petitions.

Following the LHC’s decision, NAB took the brothers into custody.

NAB had summoned the former railways minister and his brother on October 16 in a case related to the Paragon Housing scam.

The two brothers had moved the Islamabad High Court to provide protective bail which the latter had rejected and advised the petitioners to approach the LHC.

The LHC had earlier granted the brothers interim bail and they had appeared before NAB multiple times in connection to the Paragon Housing Society scam.