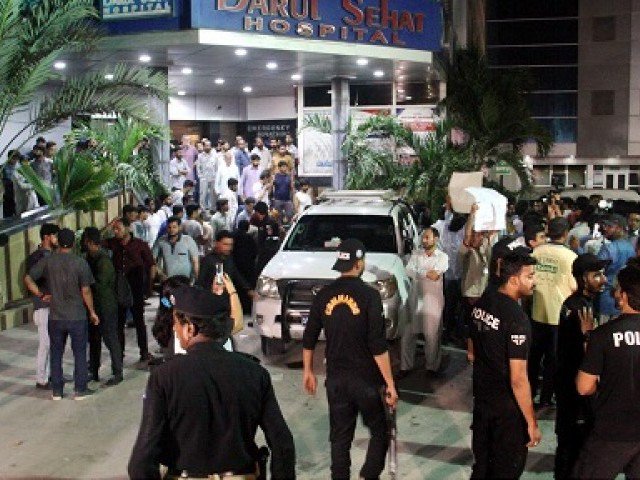 Darul Sehat Hospital OPD is now sealed by SHCC who ordered the hospital management to transfer all the in-house patients to other medical facilities with 48 hours. In Nashwa case, Her father said that he has been assured by the Sindh chief minister and inspector general that the hospital will be sealed by tomorrow and the chairman, vice chairman and executive director will be arrested within two days.

Speaking to the media after meeting Sindh Chief Minister Murad Ali Shah, Qaiser Ali said, “We had two demands. One that the hospital be sealed immediately and Shah and the provincial health minister Azra Fazal Pechuho told us that they are sealing it within a day,”

“Further, IGP Kaleem Imam came and assured us that the chairman, vice chairman and executive director will be arrested within two days. We hope that the Sindh CM, provincial health minister and IGP’s commitments will be implemented,” he added.

Qaiser Ali, however, warned, “We want to say one thing categorically that we respect their commitments but if the measures are not implemented by Friday prayers, that is if the three persons are not arrested and the hospital is not sealed, then we have the right to protest.”