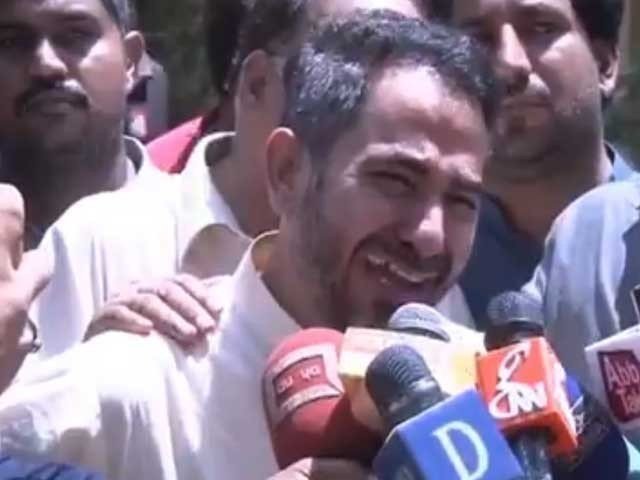 The father of the nine-month-old baby Nashwa revealed that the Darul Sehat hospital will be sealed due to the medical negligence in Nashwa case.

In Nashwa case, Her father said that he has been assured by the Sindh chief minister and inspector general that the hospital will be sealed by tomorrow and the chairman, vice chairman and executive director will be arrested within two days.

Speaking to the media after meeting Sindh Chief Minister Murad Ali Shah, Qaiser Ali said, “We had two demands. One that the hospital be sealed immediately and Shah and the provincial health minister Azra Fazal Pechuho told us that they are sealing it within a day,”

“Further, IGP Kaleem Imam came and assured us that the chairman, vice chairman and executive director will be arrested within two days. We hope that the Sindh CM, provincial health minister and IGP’s commitments will be implemented,” he added.

Qaiser Ali, however, warned, “We want to say one thing categorically that we respect their commitments but if the measures are not implemented by Friday prayers, that is if the three persons are not arrested and the hospital is not sealed, then we have the right to protest.”

“We will sit on the road till action is taken,” he asserted.

Shah also spoke to the media after meeting Nashwa’s family and said, “This is a very tragic incident. Nashwa was our daughter.”

“The IGP should immediately arrest those suspects involved in the case who are still free,” the Sindh CM further said.

Nashwa passed away after suffering brain damage allegedly after being administered an excessive quantity of injection at a private hospital in Karachi.

Earlier, the CM Sindh had formed a committee to present a report in the case. The investigation committee presented its initial report to Shah on Tuesday and revealed that midwife Sobia and nursing assistant Moeez showed dereliction of duty.

The report stated that the injection administered to Nashwa had adverse effects on her brain, heart and liver. According to the report, Nashwa could have survived had she been provided proper treatment at the hospital.