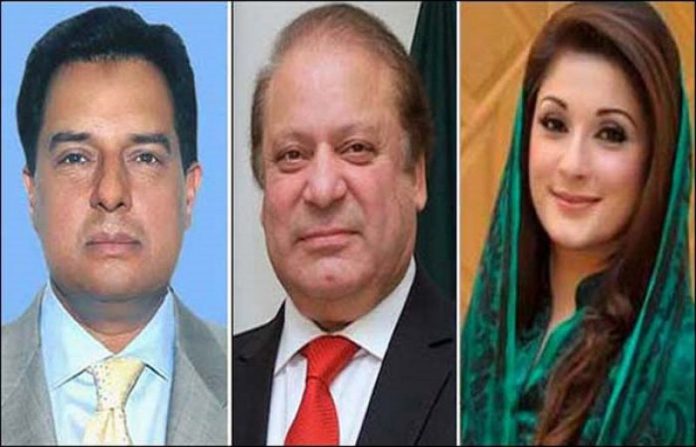 ISLAMABAD: NAB has requested the Interior Ministry to place names of Nawaz Sharif and Family on the Exit Control List.

Earlier NAB had sent a letter for the same request to the Interior Ministry on 14th of February 2018.

In this letter, NAB has said that the trials against Nawaz Sharif and the family are in their last stages. The letter also said that there are chances that the accused might flee the country to avoid judgement from the court. 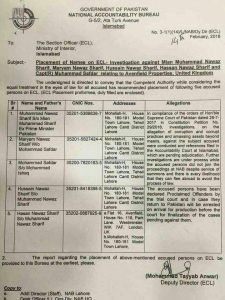 The letter states that Hasan and Hussain are proclaimed offenders by court and that they will be arrested upon arrival. They are to be present in the court of law to face trials pending.

Nawaz and rest of Sharif Family are booked in corruption cases and are undergoing trial in the Accountability Court.