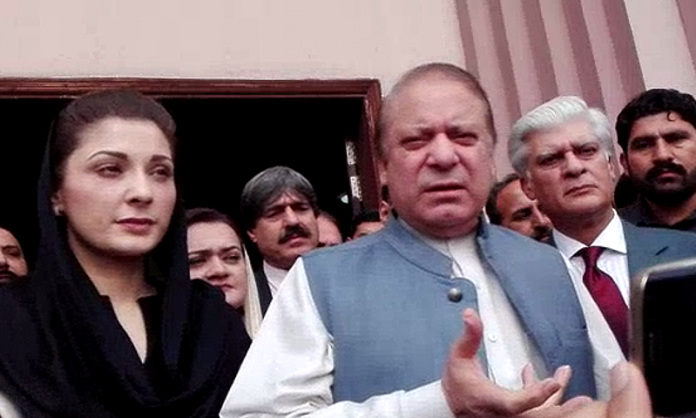 Islamabad: Nawaz Sharif while talking to the reporters in the Accountability court during his hearing said that actions of top judiciary show regime worst than martial law in the country. Former Prime Minister, Nawaz Sharif, while targeting CJP Saqib Nisar said that democracy seems to be failing and dictatorship seems to be prevailing in its stead under CJP Mian Saqib Nisar.

Nawaz Sharif who was to be present in three corruption cases today said that the situation in the country is no less than a judicial martial law. Continuing he said that these many restrictions were not implied on anyone even during the state of martial law.

While criticizing the current suo motto notices of the CJP he said that Justice Saqib Nisar visits hospitals regularly and talks about vegetable prices, but he should also visit the home of an oppressed person whose case has not been decided for over 20 years. He also stated that it is not the job of CJP to summon the chief minister.