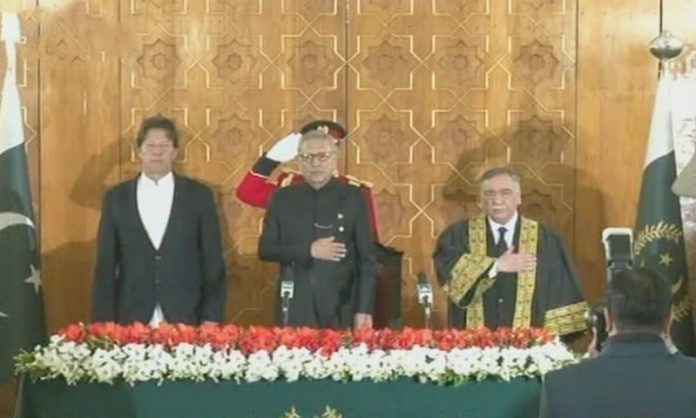 Different foreign guests belonging to the law and justice field were also present at the ceremony.

Justice Asif Saeed Khosa took the post after the CJP Saqib Nisar retirement. However, he will serve as CJP till December 20, 2019.

Justice Asif Saeed Khosa delegated as a judge at the Lahore High Court in May 1998. At the point when on November 3, 2007, former President of Pakistan General (retd.) Musharraf proclaiming a highly sensitive situation suspended the constitution and requested the judges of the better legal executive than retake pledges under the Provisional Constitutional Order (PCO), Justice Khosa declined to keep the presidential request. However, On August 18, 2008, he was restored to his earlier position.