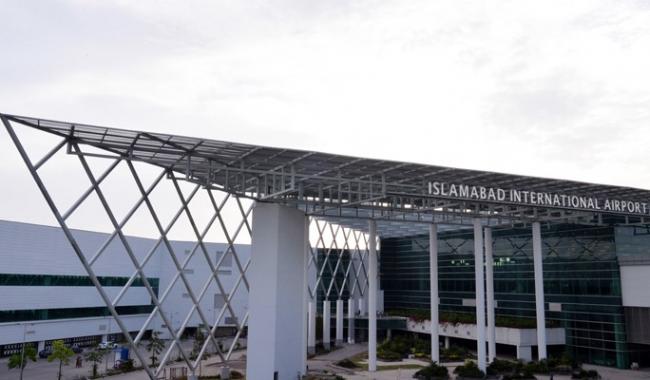 Facilities at the New Islamabad Airport

The Senior Officer Civil Aviation Agency, Syed Aftab Gillani, while talking to the media has said that this airport has the latest operational facilities compared to the others. It consists of 2 runways that can even land the biggest passenger airplane A-380. He further added that this way the airport will be included in one of the biggest in the world. He stated that compared to the old airports the New Islamabad Airport has facility of 3 rapid taxiways which will help the aircraft to vacate the runway faster. The old airports needed 5 minutes to vacate the airway which would delay the landing of other aircrafts and would result in increased fuel consumption.

While answering a question the Senior Officer of CAA said that if due to some emergency a runway of the airport has to be closed down temporarily, the other runway has the capability to land and fly airplanes like the Boeing 777. This way the Airport operations would work smoothly without any obstructions. He added that because there are two runways, maintenance work would be easier to conduct as if one airway has to be closed down the other can remain operational.

He said that the New Islamabad Airport also has 33 stands compared to the 11 stands at the old airports, in which there are 15 bays and state of the art boarding bridge facility is included. On two stands, triple arm bridges for the A-350 and similar aircrafts have been installed. He said that thanks to the LED airfield lining system, navigation at night time will be easier and it will also help in decreasing electricity consumption. L-28 central runway has the latest instrument landing system, which is only installed at Lahore airport apart from this new airport. In the whole Asian continent, only Dehli and Lahore airport have this system on their runways, now Islamabad airport is the third.

Mentioning the counter related facilities, Syed Aftab Gillani said that there are be 70 international and 32 domestic check-in counters. The airport has the capability of processing 5500 bags an hour, while 6000 bags an hour can be processed in the luggage. 2200 cars can be parked in the parking area of the airport and there are 9 gates for exit and entrance purposes.

Roadways to Airport to be Decorated and Fixed

Notices have been sent to the authorities to change fused bulbs on roads connecting to the airport, while any repair work needed should be done immediately. Prime Minister has sent notices to the authorities to fix any broken roads, paint the curve stones, fix signs on the side of the roads and also put up new additional beautiful signs that guide to the airport from other cities. The roads should be decorated with beautiful signboards and paintwork and all roads should be made operational before the launch of airport on 3rd of May.