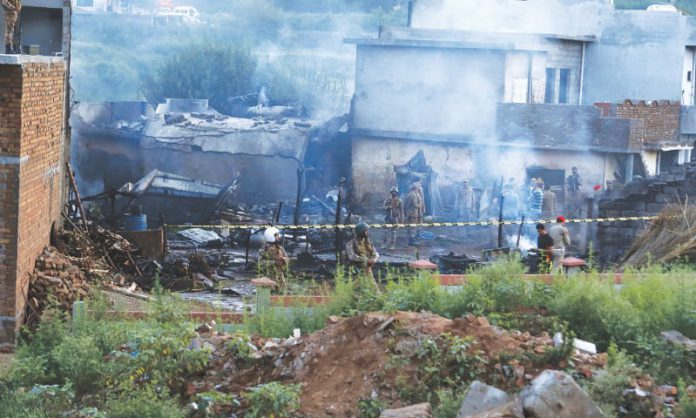 The PAF plane crash video was captured by a local person. However, as soon as he released the video it went viral on the social media. Here is a video regarding last moments before the PAF plane crash.

The Pakistan Army Aviation plane was on a routine flight before it was crashed and resulted in 17 casualties. After the crash, massive fire broke that engulfed different nearby houses. Rescue teams of Pakistan Army and 1122 reached immediately on the site and began the rescue operation.