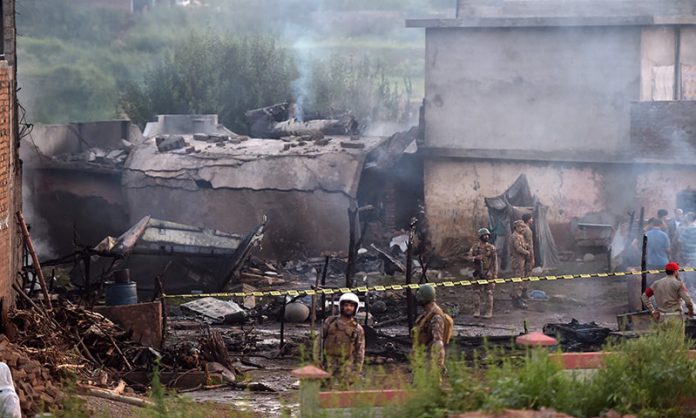 According to sources, the PAF training aircraft crashed on Tuesday (today) and at least 17 people lost their live.

Inter-Services Public Relations or ISPR revealed that the PAF training aircraft crashed near Mora Kalu in Rawalpindi. However, the Pakistan Army Aviation plane was on a routine flight. Total, 17 casualties were reported in which 12 were civilian. In addition, Lt Col Wasim, Hawaldar Amin, Lt Col Saqib, Naib Subedar Afzal, and Hawaldar Rahmat were among the martyred people. However, 12 people were injured.

After the crash, massive fire broke that engulfed different nearby houses. Rescue teams of Pakistan Army and 1122 reached immediately on the site and began the rescue operation.In 2016, PIA plane burst into flames after its turboprop engine got failed. However, the deadliest air disaster in Pakistan took place in 2010 when Airbus 321 by Airblue crashed near Islamabad and all 152 onboard people were died.