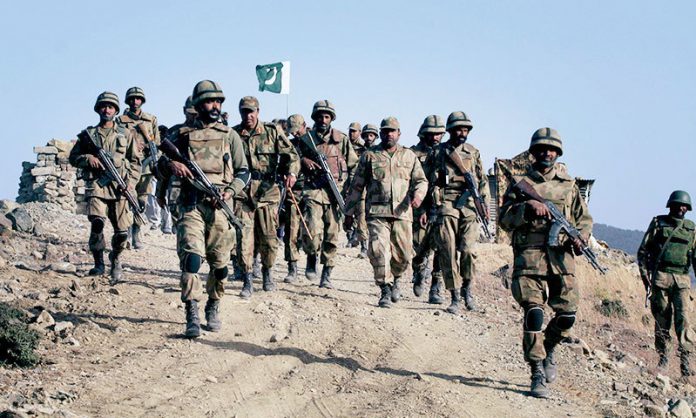 Pakistan Army killed seven terrorists as they retaliated to firing in North Waziristan from across the border.

According to a notification issued by the Inter-Services Public Relations on Tuesday, militants opened fire at a Pakistani check post in North Waziristan.

In September, nine terrorists were killed and seven army personnel martyred in an intense exchange of fire during an operation in North Waziristan.

Intelligence based operation has been launched by Pakistan Army in Gharlamai and Spera Kunar Algad areas of North Waziristan, ISPR stated.

A group of terrorists was reported to have infiltrated from across the border and been hiding in a compound.

Nine terrorists were killed with their bodies held during the operation.