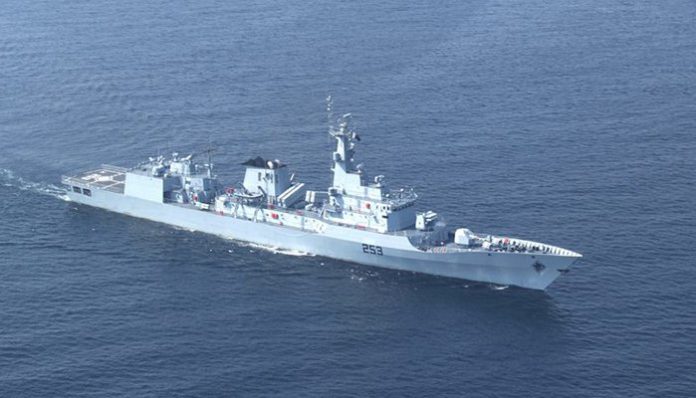 Pakistan Navy recovers Hashish of 1500 Kgs worth millions of dollars in an anti-narcotics operation, a Navy spokesman said on Monday.

A spokesperson of the anti narcotics force said that the intelligence based operation was carried out in coordination with the anti-narcotics Force (ANF).

Pakistan Navy is determined to fulfill its national responsibility to protect the country’s maritime frontiers and to ensure the rule of law in the Indian Ocean, spokesman said.

It is pertinent to mention here that Pakistan Navy and Pakistan Maritime Security Agency previously in a joint anti-drug raid in southern part of the Arabian Sea had seized three tons of Hashish.

A Pakistan Navy spokesman had said that such operations will be useful to curb the illegal activities in the Sea.

Pakistan Navy recovers hashish of 5000 kilograms worth millions of dollars from smugglers in the north Arabian sea in another major anti-narcotics operation.

According to the PN spokesman, Pakistan Navy ship ASLAT carried out a successful operation in Pakistani Exclusive Economic Zone (EEZ).

He said suspects had been handed over to the Pakistan Maritime Security Agency (PMSA) for further legal proceedings.

The PNS ASLAT is an F-22P frigate capable of undertaking wide variety of combat as well as full spectrum maritime security operations at sea.

The ship was deployed as part of the Multinational Combined Task Force-150 (CTF-150), which is part of Operation Enduring Freedom (OEF).

The Task Force-150 is mandated to ensure maritime security to prevent counter-terrorism and associated illegal activities.