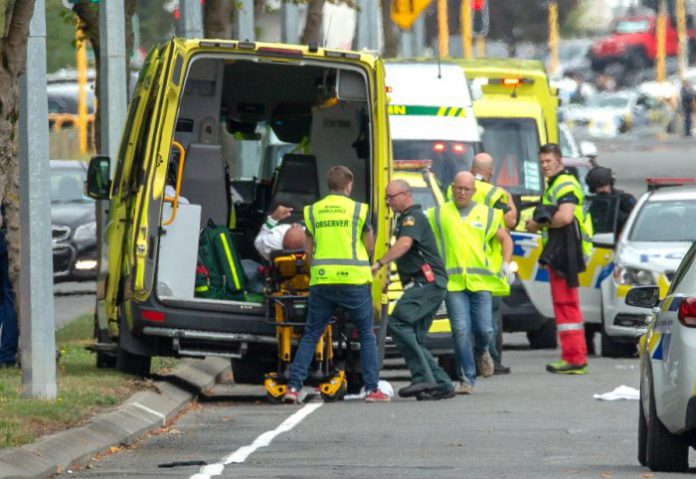 New Zealand mosque attacks are strongly condemned by Pakistan as Foreign Office spokesperson Dr Muhammad Faisal tweeted about the incident. He said that:

#Pakistan condemns the tragic terrorist incident in #NewZealand. Our High Commission is in touch with the local authorities and trying to ascertain details. @MFATgovtNZ , #pakistanagainstterror

Information Minister Fawad Chaudhry tweeted that the whole Pakistani nation is chocked and grieved  over the incident.

Shocked n griefed on news of multiple attacks at two mosques in Christchurch NewZeland,hearts and soul of people of Pak are with people of New Zeland,Bangladesh Cricket Team escaped the attack;Pak suffered same situation years back n can feel n relate to the pain n misery,

In New Zealand mosque attacks today, around 9 to 27 people are died, while the death toll is unconfirmed. The firing was occurred at two mosques and it is unclear yet about the number of attackers.

Video footage widely circulated on social media, apparently taken by a gunman and posted online live as the attack unfolded, showed him driving to one mosque, entering it and shooting randomly at people inside. Worshippers, possibly dead or wounded, lay huddled on the floor of the mosque, the video showed.

New Zealand’s Police Commissioner Mike Bush said “as far as we know” multiple fatalities occurred at two mosques. Police had one person in custody but they were not sure if others were involved, and people should stay away from mosques.