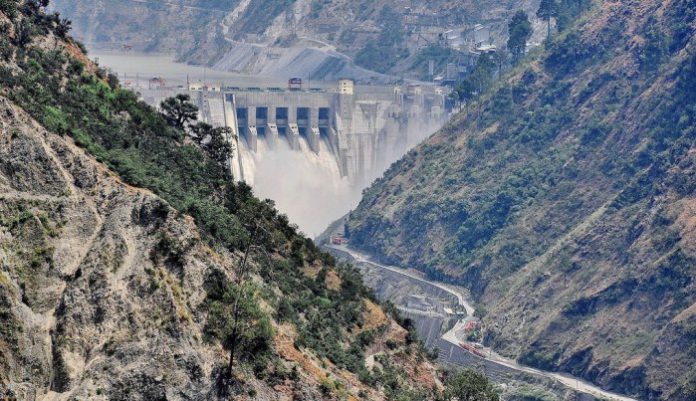 Islamabad: Pakistan has contacted World Bank Vice President against building Kishaganga Dam according to disputed deisgns. Indian Government seems to have gone on with disputed Kishanganga Dam regardless of the ruling against it by World Bank and International Arbitration Court. According to a spokesperson for Government, the Pakistan’s Power Ministry has contacted the World Bank’s Vice President and asked him to “take responsibility” and act against the construction of the dam.

The dam is a serious violation against Water Commission’s rules and regulations that were issued in 1960. The Kishanganga Hydro-power plant has the capability to produce 330 Megawatt power. Its completion occurred when in 2016 the World Bank had asked to change the design of the dam in favor of Pakistan’s objections over the dam. Before this on 19th of February 2013 the ICC’s International Arbitration Court had ruled in favor of Pakistan’s objections that the dam would obstruct Pakistan’s water flow.

Kishanganga Dam will cause power shortfall for Pakistan

Islamabad got aware of the completion of Kishanganga Dam in the August of 2017 with the disputed designs by the New Delhi through a report. These designs were ruled against by the International Arbitration Court. In 2016 the International Arbitration Court had put the dam’s construction to a temporary halt after its delegation had visited the Neelum-Jhelum Hydro-power plant twice. This dam’s construction would reduce the Jhelum River’s power output of 969 Megawatt. This will cause power shortfall in Pakistan which already is suffering from a lot of power shortages.