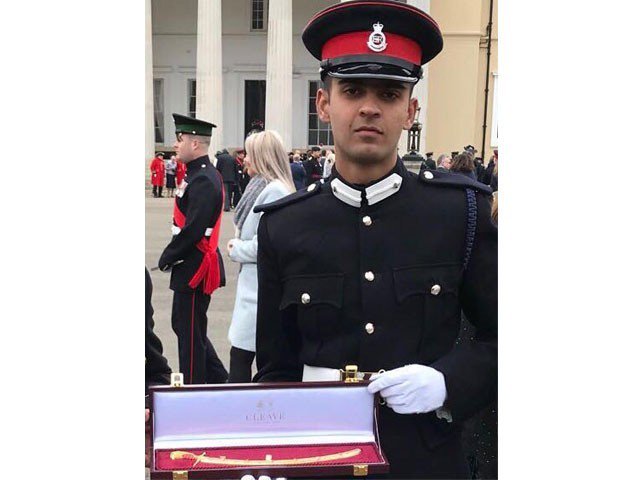 The Pakistani Cadet, Shehroz Shahid, was awarded the Overseas Medal that is awarded to an overseas cadet who has outperformed in all the fields of military, academic and practical studies.

The ISPR issued a statement saying that the award is presented to the one who has displayed the highest performance in education, training and physical fitness fields during their time in training.

The medal was awarded by General Sir Nicholas Patrick Carter, Chief of General Staff of British Army who was the reviewing officer of the Parade that was held at the academy at Sandhurst.

Pakistani cadets have had the honor of receiving many awards that are offered by the British Royal Military Academy at Sandhurst, including the Sword of Honor for overseas cadets. The Sword of Honor was received by Cadet Asad Mushtaq, who won the Sword on August 9, 2013. He dedicated the award to all the martyrs of the country.