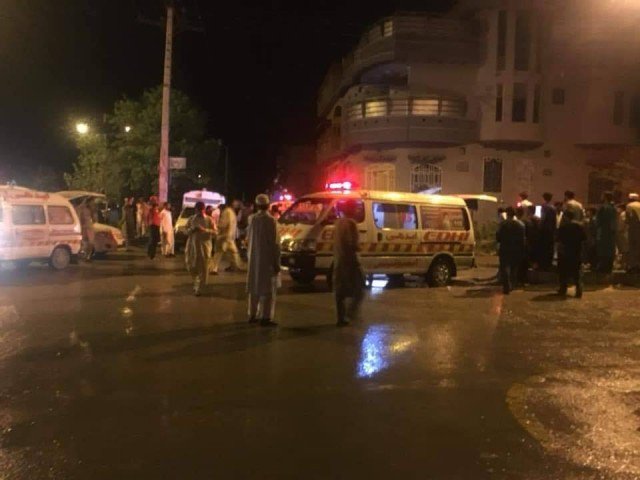 A police officer was martyred and five terrorists were killed in the Peshawar operation conducted by Pakistan Army and KPK police in Peshawar’s Hayatabad Phase VII.

The Peshawar operation was started last night due to the terrorist hideout. During the fire exchange, one Police officer ASI Qamar Alam embraced martyrdom and five terrorists were sent to hell. One officer and a soldier were injured reported by ISPR.

The dead bodies of dead terrorists are recovered and in the process of identification in Peshawar operation.

The terrorists were wanted for the attacks on a judge and additional inspector-general of police, security sources said.

The funeral prayer of ASI Qamar Alam was offered by KP Chief Minister Mahmood Khan, Lieutenant General Mehmood and the IGP at the Malik Saad Shaheed Police Lines in Peshawar.