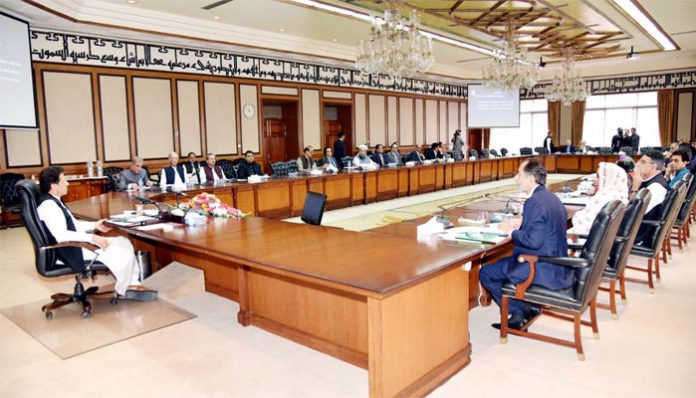 The federal cabinet meeting will review the performance of the government. Further, Finance Minister Asad Umar will take cabinet members into confidence regarding negotiations with the International Monetary Fund (IMF).

A day earlier, PM Imran Khan said Pakistan might not have to approach the IMF for loans.

PM Imran Khan was affirmative and expressed hope in a meeting with journalists that government will be able to fix economic crisis with its policies.

The government is also in contact with friendly countries for resolution of economic issues, he said.

The PTI government recently announced its decision to approach IMF amid severe criticism from opposition for taking a U-turn on the issue.

According to a British media report, one of the possible reasons for PM Imran Khan not approaching IMF can be Pakistan’s dependence on Saudi Arabia.

During the last federal cabinet meeting held on October 11, the PM Imran directed the Ministry of Finance to hold a thorough investigation into the loans taken by the former governments in the past ten years and their utilization.

The federal cabinet had also accorded approval for the appointment of Air Marshal Arshad Malik as chairman of Pakistan International Airlines and Aoun Abbas as chairman of Bait ul Mal.

Information Minister Fawad Chaudhry while addressing the media after the federal cabinet meeting had also announced that measures were being taken to crack down on smuggling of mobile phones.

By this year’s end, smuggled phones would not be operational in the country, the minister asserted.