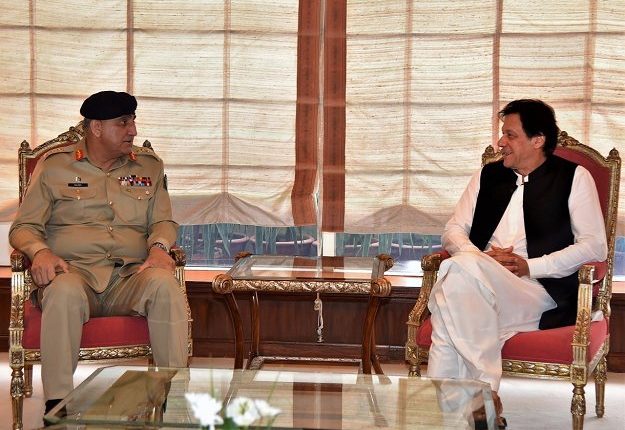 According to sources, PM Imran meets COAS Bajwa at Prime Minister House Islamabad on Monday (today). Both of them expressed the decision to ensure continue efforts for making peace and stability in Pakistan.

In addition, they also exchanged their views on the security situation of the region. Army Chief Qamar Bajwa also congratulated Imran Khan on assuming office of PM.

President Mamnoon Hussain took the oath from Imran Khan whose party PTI came as a winner in Pakistan Election 2018. However, Imran Khan took the oath on August 18 and became the 22nd Prime Minister of Pakistan. PTI formed the government in center, Punjab, and Balochistan with the help of allies. However, they formed the government in Khyber Pakhtunkhwa without the help of any other party.

Army Chief Qamar Bajwa said that John was a war veteran and also the accomplished representative of United States. COAS Qamar Bajwa further added that he was a friend of Pakistan and always worked to improve bilateral relations between both countries.