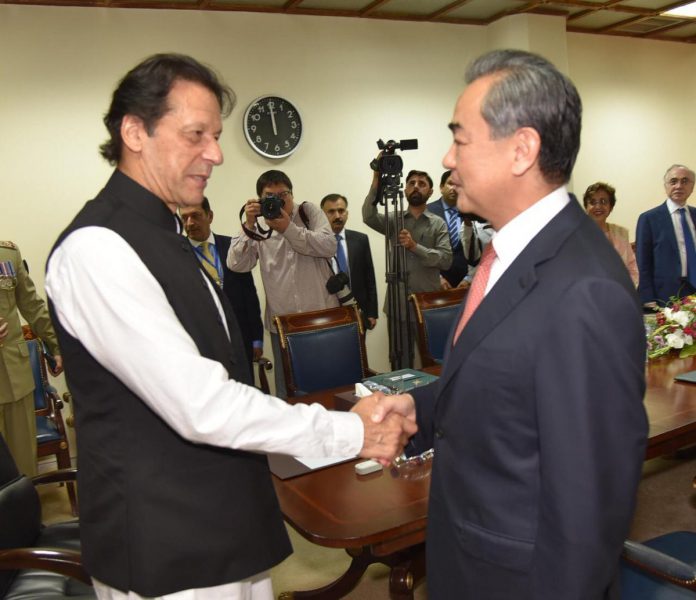 According to sources, Prime Minister Imran Khan China visit has begun as he landed in China on a four-day official visit. He was received by the Chinese Minister for Transport Li Xiaopeng, Chinese Ambassador to Pakistan Yao Jing and Ambassador of Pakistan to China Masood Khalid, in Beijing.

Khan is scheduled to meet the Chinese President Xi Jinping, Prime Minister Li Keqiang and other dignitaries during his visit.

Prime Minister Imran Khan reaches China on a five-day official visit. He is accompanied by a high level delegation of cabinet members and Chief Minister of Balochistan. @ImranKhanPTI #PMIKVisitsChina pic.twitter.com/uXJu8jBNvo

On November 3, PM Khan would visit the People’s Heroes monument in Beijing. He will also attend a reception given by the Chinese PM and there Khan will sign agreement and MOUs with China.

On Thursday, Mr Khan said that Pakistan is looking forward to improve its exports to deal with the current account deficit, before leaving China.

The prime minister also stated that reducing poverty is the most important step of the government’s mission and Pakistan needs to learn from Chinese policies in order to lift the people from poverty.